by Wisconsin Digital News
in SCIENCE
0

Scottsdale, Arizona-based HomeLight matches consumers with real estate agents and helps facilitate and finance home sales. Before Tuesday, the company’s referral fee was 25 percent of the agent’s gross commission for referrals under $4 million and 30 percent for referrals over $4 million, according to an FAQ about the referral fee increase the company posted on its website.

According to an email HomeLight sent its partner agents and obtained by Inman, Tuesday’s increase is the first time in HomeLight’s 10-year history that the company has raised its referral commission.

“Over the last two years, our industry has gone through one of the most volatile periods we’ve seen, from record-setting inventory shortages, the rise of iBuyers, and intense bidding wars,” the Oct. 11 email said.

The increase to 33 percent brings HomeLight more in line with other sites that offer agents qualified leads in exchange for referral fees. For instance, Zillow’s Premier Agent Flex fee varies but generally stands at 35 percent, according to the company. Realtor.com’s Opcity appears to charge referral fees of between 30 and 40 percent. Realtor.com declined to confirm or refute these figures, telling Inman that “Realtor.com’s referral fees are competitive with others in the industry.”

By contrast, an agent who refers a client to another agent directly typically receives a 25 percent referral fee.

“No matter how our industry evolves, HomeLight’s core belief is that the right agent will always be foundational when buying and selling a home,” the email said. “Making this change will allow us to invest in new marketing channels as well as product changes to help you compete and win in today’s challenging real estate landscape.”

Agents who wish to continue claiming referrals from HomeLight are required to sign the company’s new referral agreement, according to the email and FAQ.

If an agent purchases their HomeLight client’s property as an investor, the agent is required to pay 4 percent of the purchase price to HomeLight, according to the FAQ. 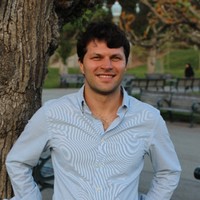 Dmitry Shkipin, owner and publisher of HomeOpenly, criticized the fee increase. HomeOpenly bills itself as an “open real estate marketplace” that connects real estate agents and consumers at no cost to either including no referral fees. Shkipin and HomeLight are currently suing each other over HomeLight’s referral program.

Earlier this month, Shkipin told the Federal Housing Finance Agency (FHFA), which regulates Fannie Mae and Freddie Mac, that referral fees charged by online real estate companies that are brokerages on paper but don’t actually buy and sell property inflate commissions to the tune of $15 billion per year and the federal government should eliminate them.

In slides accompanying his remarks to the FHFA, Shkipin described broker-to-broker referral networks, such as those operated by Zillow, Realtor.com and HomeLight as “kickback schemes” designed to bypass federal laws, such as the Real Estate Settlement Procedures Act (RESPA), which prohibits giving or accepting a fee or kickback for referrals of business related to a settlement service involving a federally related mortgage loan.

According to Shkipin, safe harbor provisions in RESPA allow real estate brokers to make cooperative brokerage and referral agreements between one another, but those provisions do not apply to “sham” entities or to agreements that restrain trade. Shkipin alleged that broker-to-broker “blanket” referral agreements violate the Sherman Antitrust Act.

“Obviously, HomeLight does not reach out to a ‘particular agent’ with an individually signed referral agreement,” Shkipin told Inman via email. He characterized the referral fee as a “blanket kickback” that HomeLight’s 28,000 or so partner agents agree to pay and alleged that HomeLight has now “done what every cartel does — raise the price.”

Shkipin has previously said that high referral fees lead agents to charge higher commissions to pay for the fees, rather than allowing the agents to compete on offering consumers savings.

“Eventually, this 25% kickback that will soon become a 33% kickback is paid by consumers with overinflated commissions, or lack of full service,” Shkipin told Inman via email.

“If an agent is forced to pay 33% of their commissions into the scheme, they do not have any incentive left to actually spend money to promote the listing. This is what I mean when I say that this issue is much bigger than HomeLight vs HomeOpenly dispute — this issue affects the entire real estate representation ecosystem.”

HomeLight’s email “should raise alarms not just among the HomeLight partner agents, but by every honest real estate professional that acts outside of the scheme — they are being harmed just as much as consumers are,” he added.

HomeLight CEO Drew Uher did not respond to emailed requests for comment.

Shkipin’s remarks come at a time when the industry’s commission structure and rules are under attack on multiple fronts including attention from the U.S. Department of Justice (DOJ) and the Federal Trade Commission (FTC).

Companies that join a multiple listing service to obtain access to its IDX listing feed without providing brokerage services by directly representing a buyer or a seller in a transaction are sometimes described as paper brokerages. The practice has been controversial in the industry for nearly a decade but has been quietly adopted by several major real estate companies including Zillow, and soon, CoStar. Such firms often use IDX listings to capture consumer leads through websites or mobile apps and then send those consumers to agents at other brokerages for a referral fee.

Editor’s note: This story has been updated with a comment from Realtor.com.

The Future of Sex Ed Is the Internet

A New Explanation for How Fireflies Flash in Sync

Lots of drama around UFC 279 after brawl

Could It Be Our Best Motivational Tool?

The Future of Sex Ed Is the Internet