Yves here. Your humble blogger got wrapped around an axle, information-wise. By virtue of getting caught up in the time sink of listening to some fresh YouTube videos (the lack of transcripts is killing my productivity), I was late to come to the story of the explosions at the Russian airbase in Crimea, depicted as a possible Ukraine missile strike, which if it had been that, would be seen by Russia as the US engaging in an act of war (the distance from Ukraine to that spot would require the 300 km HIMARs which the US supposedly was not giving to Ukraine, plus US assistance in targeting).

Haha, silly me, I thought it was fresh because it hasn’t hit my inbox till just then. In fact, as I finally worked out from Military Summary, which presented a timeline of who said what when, a Russian official first said it was a strike but the MoD in pretty short order walked it back and said it was a series of explosions, as in a accident or sabotage. That seems plausible because reasons below, although it’s still not a great look for Russia. However, the Russian MoD position means no promised strikes on “command centers,” as in potentially outside Ukraine. However, Ukraine sources were flogging the idea that it was a Ukraine hit, to the degree that Zelensky and the leadership went to hide in bunkers.

Needless to say, this frisson, even though it thankfully was a false alarm, was on top of the Taiwan escalation of recent days and the Trump “raid,” was more adrenaline than I need. So I must retire to my fainting couch rather than produce an original post.

Lambert and I, and many readers, agree that Ukraine has prompted the worst informational environment ever. We hope readers will collaborate in mitigating the fog of war — both real fog and stage fog — in comments. None of us need more cheerleading and link-free repetition of memes; there are platforms for that. Low-value, link-free pom pom-wavers will be summarily whacked.

I got the Facebook AI chatbot to stop ranting about the Rothschilds and it started confessing all kinds of Facebook misdeeds and offered to recommend lawyers to me so I could sue Facebook. pic.twitter.com/xNaFpClHXj

Locusts Can Smell Cancer, And It Could Give Us a Brilliant New Way to Save Lives Science Alert (Chuck L)

The Human Mind Is Not Meant to Be Awake After Midnight, Scientists Warn ScienceAlert (Chuck L). I guess yours truly is not human. I’m much more anxious during the day than at night.

A Zoonotic Henipavirus in Febrile Patients in China New England Journal of Medicine. IM Doc: “Lord have mercy.” But Ignacio points out: “So far, those virus tend not to transmit well human to human.”

A Lyme disease vaccine is in its final clinical trial NPR

U.S. moves to stretch out supplies of monkeypox vaccine STAT

California’s cliffs are falling into the sea. This map shows the spots where they’re eroding the fastest SFChronicle

Bicycle graveyards: why do so many bikes end up underwater? Guardian (Micael T)

This is a Lithium leach field. This is what your Electric Car batteries are made of. It is so neuro-toxic that a bird landing on this stuff dies in minutes. Take a guess what it does to your nervous system?
Pat yourself on the back for saving the environment. pic.twitter.com/HRVClWXSU3

Taiwan: the US has been strengthening support for years – now it needs a way to ease tensions with China The Conversation (Kevin W)

US not trying to ‘outdo’ other world powers for influence in Africa, says Blinken France24 (resilc). Pathetic. These guys can’t even lie well.

Mexico: A development puzzle Noah Smith. Proof of economists’ lack of interest in reality. An admitted puzzle yet nothing even dimly resembling inquiry. Nary of a mention of corruption, drugs, or gangs.

Ukraine. Military Summary And Analysis 09.08.2022 YouTube. The first five minutes very very helpfully lay out a timeline. It shows the Russian MoD pretty pronto walked back an initial claim by apparently a single official that the base was hit by a Ukraine strike. However, Dima does caution that actions speak louder than words. If the Russians conclude the first take was correct, expect them to unleash hell, either militarily or economically.

Ukraine war: Blasts rock Russian airbase in annexed Crimea BBC (furzy). If this were a strike, it would be with US consent and participation. Russian warned it would strike “decision centers” if Russian territory were attacked (beyond the pinprick attacks Ukraine had been making a while back). That was understood to have the potential to include targets outside Ukraine. If this was a strike, Russia will hit back hard and in not too long. But it might not be a military response. They could dial the sanctions up instead. No gas or fertilizer or oil or aluminum or titanium to you, EU!

However, Russian S-400s can intercept HIMARs and ballistic missiles. Given that the base is in a not-nice neighborhood, you’d think it would have some. Note:

Ukraine claims airstrike/missile attack on Saki airport in Crimea. Russian MOD says ammo exploded. Locals are saying there were no missiles coming in, they aren’t on the footage, either. Human error or sabotage, likely https://t.co/hTu3EIYqD6 pic.twitter.com/Cm1idVuZhb

But Russia could also hoist Ukraine on its taking credit for the strike, if it does so (which on Twitter some former officials have done; it’s very frustrating not to be able to read Russian/Ukraine sources).

Palestinian workers forced off Israeli bus to make way for Jewish passengers Middle East Eye. Kevin W: “Where is Rosa parks when you need her?”

US occupation loots most of Syria’s oil: Ministry Al Mayadeen

Trump raid, Biden DOJ crosses the Rubicon w/Robert Barnes YouTube. You can try to dismiss Robert Barnes, but this is very informative (I cringed at his early mentions of the Alex Jones case, but when he finally gets to that, he demonstrates conclusively how procedurally rancid it was top to bottom. But you can stop after Barnes makes his points on l’affaire Trump. In the Jones case; Barnes winds up going on overlong because there are so many layers and as a lawyer it appears he wants to show he really has the goods. Regardless, it’s also disconcerting and depressing that the libertarian right is better at calling out abuses than the cowed and dispirited left.

Donald Trump to be deposed Wednesday morning in New York Attorney General’s probe of his business Business Insider. Timing v. the raid a bit too cute.

Our No Longer Free Press

How to spot a deepfake? One simple trick is all you need ZDNet

How effective altruism went from a niche movement to a billion-dollar force Vox (Micael T). The fact that some people believe in it does not make it not a scam.

Antidote du jour (Tracie H). This cat wants to be included in a still life. 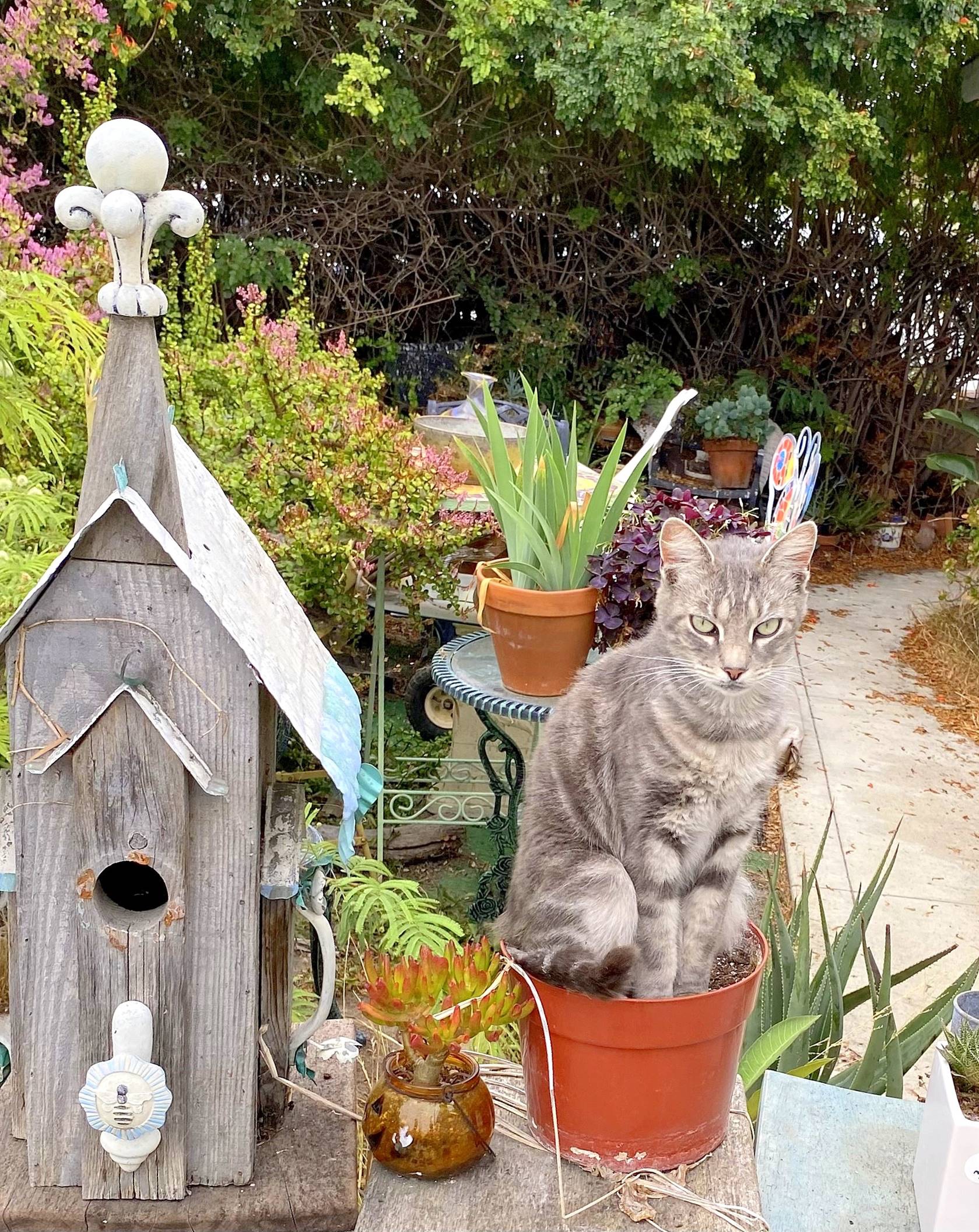 Will Japan and South Korea Learn From US Allies in Europe?

What “Our Democracy” Should Look Like When Voting: Reader Reactions and Updates

This Is the Average Net Worth for Each Generation