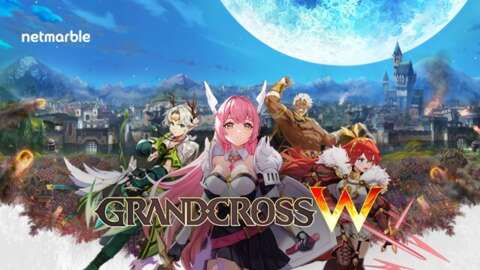 Netmarble, the publisher behind the recent Ni No Kuni mobile MMO and Marvel Future Revolution, has announced a beta for its new 4X strategy sim, Grand Cross W.

Grand Cross W is about a world called Skyna, engulfed in battles against the invading foes called Chaos. While playing the game, players will team up with the main antagonist Layla, and together you’ll build armies, construct buildings, and train troops to help win the war. Players will have to use magical powers called Lapis to win battles in-game.

Grand Cross W will have large-scale battles across both air and land. There’ll also be multiple game modes available for players, such as:

In addition to all the game modes, there’ll also be a variety of troops you can control, such as Infantry, Archers, Cavalry, and Combat Engineers. The game will also feature Ranged archers and air units. In addition to that, there’ll be Long-range combat in which players can attack across rivers, and air units will have the ability to cross mountain ranges.

Beta tests will be held from August 19 through August 28. Players can download the game on August 7 for Google Play and PC.

The full version of the game will be available on the Apple App Store, Google Play, and PC.

You Can Now Read All 285 Issues Of Nintendo Power Online