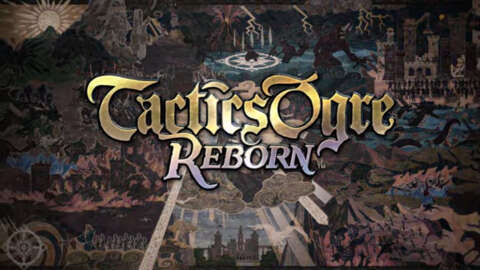 Tactics Ogre Reborn is based on 2011’s Tactics Ogre: Let Us Cling Together on the PSP, which itself was a port of the original 1995 release for Super Nintendo. The game follows Denam through a story of political intrigue and betrayal, including branching paths depending on choices made by the player at pivotal moments.

This Reborn version of Tactics Ogre will feature fully voiced cutscenes in both English and Japanese, a new control scheme, as well as a complete overhaul of the class system, changing to a unit-by-unit powering system as opposed to powering an entire class at once. The enemy AI will also be improved, with enemy units adapting strategies on the fly for more unique battles.

Tactics Ogre Reborn is an isometric strategy RPG, putting players in command of a unit of warriors as they fight in a 3D grid-based arena. It will launch for PlayStation 4, PlayStation 5, Nintendo Switch, and PC on November 11.

The concept art of Patrick Hailla, artist on Rise Of Kingdoms

Sneaky Ways Movie Theaters Get You To Spend More Money

George Winston at The Kessler Theater in Dallas, Texas USA

These Ted Lasso Quotes Will Remind You to Always Believe