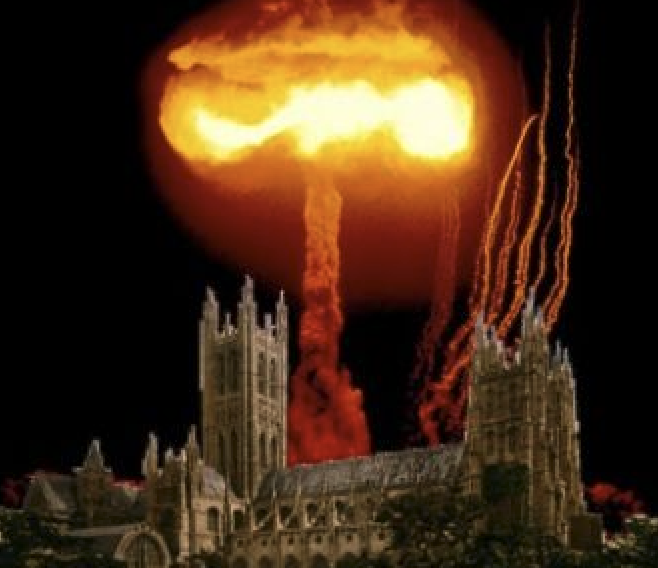 This week’s “Crossroads” podcast was recorded (live on radio and then edited) this past Wednesday afternoon and it is already a bit out of date (CLICK HERE to tune that in).

You see, this episode was intended as a kind of “walk-up” feature about press issues at the 15th Lambeth Conference of Anglican bishops from around the world (July 26-Aug. 8) in Canterbury. At that point, there wasn’t much coverage to critique, other than some reports the Guardian, as in: “Justin Welby forced to allow Anglican bishops to reject statement on sexuality.” Since then, Religion News Service has released this: “Same-sex marriage sparks divisive debate at twice-delayed Lambeth Conference.”

As you can see, the coverage — so far — has been shaped by a familiar template in which decades of Anglican warfare is reduced to a rather political fight over homosexuality, as opposed to church doctrines about biblical authority and sex outside of traditional marriage.

The twist in this old, old story is that most of the heroes in the press coverage are White progressives from rich First World nations and the villains are People of Color from the Global South (think Africa and Asia). Does that framework sound familiar to many news consumers? Hold that thought.

The podcast argued that sexuality is the popular news hook for the Anglican wars, but that the doctrinal issues at stake run much deeper. Thus, I would like to place the unfolding Lambeth 2022 drama in the context of what your GetReligionistas have long called “Anglican timeline disease.”

With that in mind, let’s flash back to 1992 — that’s three decades, for those keeping score. Here is the top of the 1999 “On Religion” column I wrote about this behind-the-scenes event: “The time for broken communion?” This is long, but essential:

It’s been seven years since Bishop C. FitzSimons Allison faced the fact that some of his fellow bishops worship a different god than he does.

The symbolic moment came during an Episcopal House of Bishops meeting in Kanuga, N.C., as members met in small groups to discuss graceful ways to settle their differences on the Bible, worship and sex. The question for the day was: “Why are we dysfunctional?”

“I said the answer was simple — apostasy,” said Allison, a dignified South Carolinian who has a doctorate in Anglican history from Oxford University. “Some of the other bishops looked at me and said, ‘What are you talking about?'”

Some of the bishops said they either shared this belief or could not condemn it.

When the time came to celebrate the Eucharist, Allison knew what he had to do in this particular circle of bishops. He declined to share the bread and the wine, but didn’t publicize his act of conscience.

This brings me to news from Lambeth that is only a few hours old and, thus, hasn’t broken into headlines produced by major newsrooms. The headline at the Episcopal News Service proclaims: “Conservative bishops to refuse to take Communion with LGBTQ+ bishops, demand ‘sanctions’ for churches that allow for same-sex marriage.”

While this is a report from the official, church-funded wire service, it’s contents are precisely what readers can expect to see from elite newsrooms (think New York Times) in the Acela Zone between Washington, D.C., and Boston. Again, this is long, but essential:

Leaders of a group of conservative Anglican bishops say they will refuse to take Communion while worshiping alongside partnered gay and lesbian bishops at the Lambeth Conference, and they plan to submit and force a vote July 31 on their own measure opposing same-sex marriage and the ordination of gay, partnered clergy.

Badi’s group is engineering a confrontation with The Episcopal Church and at least five other provinces that have pursued inclusive LGBTQ+ policies. The orthodox bishops want to “impose sanctions” against those provinces, without specifying the sanctions or citing the authority under which they would be enforced. Their strategy runs counter to efforts by Lambeth Conference planners, including its convener, Archbishop of Canterbury Justin Welby, to publicly downplay disagreements over human sexuality and reject perceptions that the typically once-a-decade Lambeth Conference is a legislative body with any authority over its member provinces. An estimated 650 bishops are meeting from July 26-Aug. 8 at the University of Kent.

“It is not a synod,” Welby said earlier July 29 at his own news conference. “It has no legal authority of any kind over any province under any circumstance whatsoever.”

It’s important to note that bishops from several of the Anglican Communion’s largest provinces — Nigeria, for example — are already boycotting this Lambeth Conference and are not in attendance. How many Anglicans worship in Nigeria? That’s a controversial question, with estimates ranging from 9 million to the 25 million enlisted in some evangelistic programs.

As events unfold, it will be important for reporters to watch for statements from the conservative Global Anglican Future Conference (GAFCON), as well as the Global South Fellowship of Anglican Churches. There are bishops and provinces that are active in both of these groups.

At the heart of the current controversy is Lambeth Resolution 1.10, which was approved in 1998 — with 526 votes in favor, contrasted with 70 opposed and 45 abstentions (click here for my “On Religion” column written while attending that gathering). In the years since then, progressive churches in the West have continued to decline — many would say implode — while membership totals in the Global South continue to rise. However, the rich churches still have a higher ratio of voting bishops than those in the Global South. This affects voting.

It’s crucial for reporters to actually read the text of Lambeth 1.10 to see the wider doctrinal context of these battles over moral theology. You can see the small-o “orthodox” take on this piece of the official press release from the Global South Fellowship. Let’s walk through that:

The bishops … want the Communion to impose sanctions on Provinces which ordain bishops in same-sex relations, and conduct same sex weddings — something which has led to schism in the Church. They have also revealed that at the two Conference’ Eucharists at Canterbury Cathedral, orthodox bishops will not receive Holy Communion alongside gay-partnered bishops, and those who endorse same-sex unions in the Church’s faith and order. They shall remain seated.

The key word is “led,” as in “has led to schism in the church.” That’s past tense.

Speaking at their opening Press Conference of the Lambeth Conference, leaders of the Global South Fellowship of Anglican Churches (GSFA) said they had taken the move after extensive requests to the Archbishop of Canterbury for a stand-alone resolution and, following the inserted reference to Lambeth 1.10 was withdrawn, on Tuesday, from the ‘Human Dignity ‘Call’.  GSFA leaders claim that the Conference organisers have failed to recognise the foundations of ‘Lambeth 1.10’ which, they say, “is not just about sex and marriage, but fundamentally about the authority of the Bible which Anglicans believe to be central to faith and order”.

The GSFA will now table their Resolution and invite primates and their bishops to ‘sign up’.  On Monday, senior GSFA representatives will seek to address the issue in the Plenary session on the Anglican Communion, making available the text of their resolution to all bishops, and providing secure means by which bishops can affirm their support. The GSFA is confident that leaders representing the majority of Anglicans across the globe will sign up. They will then present a signed copy by GSFA Primates, and others, to the Archbishop of Canterbury, inviting him to add his signature.

Thus, the potent symbol — the same one chosen in 1992 by Allison — of “broken communion” at the high altar.

In ‘Stealing My Religion,’ Liz Bucar takes on murky forms of appropriation

China's Tank in the Vietnam War

Tilray is still waiting for Congress to legalize cannabis. Is now the time to buy?

File photo An Arlington man is behind bars after police say he shot someone in the Green...